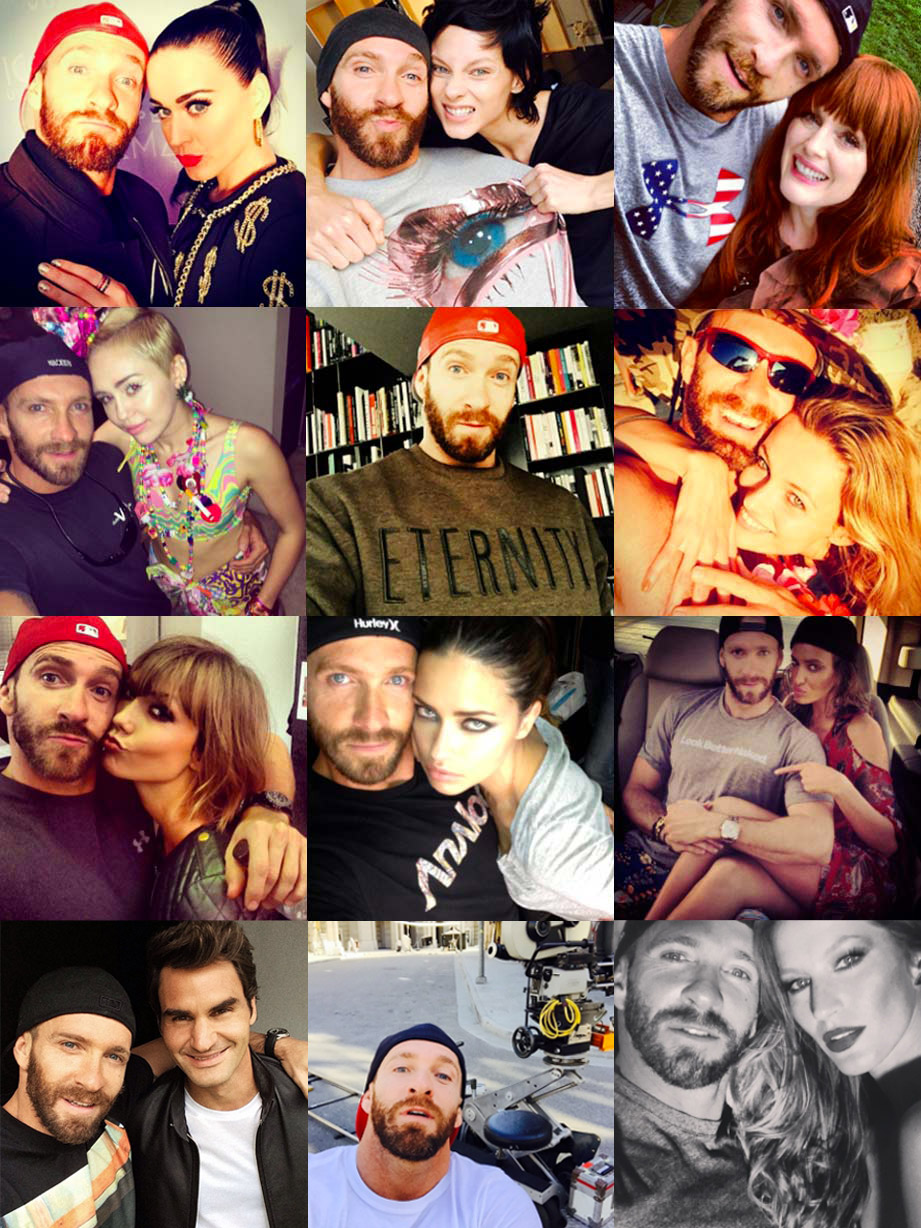 "NEVER CONFUSE FASHION WITH STYLE
AND SEX WITH LOVE!!!"

“Never confuse fashion with style and sex with love,” says the Italian photographer. His mission statement, which could earn him a small fortune if printed on a T-shirt, refers to his belief that fashion is fleeting. His job is to capture the moment, and hold a viewer’s gaze. “After five or six times having sex with somebody it can become mechanical, whereas love endures.” It’s an honest statement in an industry that can err on the precious side.

His work of legible young and spirited pictures simultaneously appeal to a seventeen-year old girl scanning Instagram, or a woman flicking through the pages of Vogue wishing to be transported elsewhere. Speaking to the image-maker who is down to earth, to the point and friendly, and no fuss, it’s apparent one needs to understand his journey in order to understand how his shots have become the subject of voyeuristic fascination.

Sgura was born in Puglia into an agricultural family that produce olive oil. He keenly remembers being fascinated by fashion but had no idea how to enter the elusive world. There was no career blueprint, and he admits he didn’t really know how to enter the fashion arena. “The idea of becoming a fashion stylist or even a designer was too far removed from my world,” he said explaining his move to Milan at eighteen to study architecture. He credits the course with introducing to a creative scene that gradually led to a self-education in fashion and then finally photography, although he admits his dream is to also design. He cites Richard Avedon and Irving Penn as inspirations, but is careful to underline his vision is centered in the present, particularly with his studio work. Like Penn, he often devises plain backdrops for his portraits, focusing his lens on the women and ultimately her clothes, but fueling the frame with his fresh adrenalin.

There’s certainly nothing mechanical about his pictures. The photographer says he’s unable to work until he’s felt the clothes, selected the accessories and seen the model with her hair and make-up done and dressed. “I can’t walk into a studio, set the lighting and then ask the model to arrive, I’m just not that sort of photographer, I need to build the scene, and everyone is different he says rejecting a calculated set in favor of raw emotional responses. He adds, but don’t give me someone naked because I don’t know what to do,” underlining his own strict self-imposed terms that focus on a photographic engagement coupled with the business of selling garments. His shots sell.

Sgura also speaks about the influence of Steven Meisel on his portfolio. He admires his chameleon qualities and his ability to adapt and capture an exciting image, where the clothes don’t get lost. And this is fundamental to his work. “I want to be commercial, it’s not a dirty word in my book,” he says, refusing to take a lofty view of his profession. It’s a canny observation and a smart career move. Especially when one considers that fashion remains, for all its lip service to innovation, a conservative industry. This attitude has in no ways impinged on his success, and his photographs regularly appear in Vogue Paris, Vogue Japan, Vogue Germany, Vogue Spain, Vogue Brasil, Teen Vogue, Allure, Instyle U.S., Hercules , G.Q. China, G.Q. Spain, Interview Germany and Candy Magazine. He’s also shot advertising images for Giorgio Armani, Dolce & Gabbana, Moschino, Versace and Roberto Cavalli. Campaigns do more than showcase clothes. They tell a story of the brand, and his Italian heritage and observant manner are an integral part of his successful photographic parcel. Sgura’s memorable shot of an ice blonde (VIEW EDITORIAL) is reminiscent of much of his work, and a classic illustration of why classy suspense is worth more than surprise. Centered in the frame, the enigmatic heroine, well dressed and sexy fixes the camera with a smoldering gaze, peering out of an open window. All we know of Sgura’s mysterious lady is that she is looking for something and she’s wearing great clothes. “In my opinion, my photos don’t need too much information. It is more interesting to me when the viewer uses his or her imagination, and fills in his or her own story to the picture.” What one does take away though is that the lady in question is strong, powerful and recalls the tradition of alluring Italian women. “I work between Milan and New York, I was born here (Italy) and have a lot of support from Italian fashion designers, and sure, there are some passing Italian film references like, Federico Fellini, Vittorio De Sica, and neo-realism in my work.” Gestures and story telling animate the ensemble of Sgura’s inclusive pictures that are regularly featured in fashion publications and big-advertisers, attuned to his glamorous personal language. Stylistic magazines leave him cold, and he admits he’s never chased the cool scene. Of its time, his visuals have a sensual quality, which relates to his earlier mission statement about fashion resembling the basic nature of sex.

Declining to call himself a romantic, the genesis of his image-making look is his unabashed affection for fashion’s surface obsession, and surely this makes him one of fashion’s most intriguing puppet-masters. In keeping with his Italian heritage he sees his work as part of the family, so much so that when asked if he has a favorite image, he replies, “They all mean a lot to me, I’m proud of them all.”